What we do
Hall Electrical Services Ltd has been a fixture on the Auckland electrical scene since 1980 and was founded by Phil and Dave Hall.

This down-to-earth business with its can-do attitude is reflected in the high levels of customer satisfaction.

Two qualities make this company stand head and shoulders above the competition: commitment and expertise. When a Hall Electrical electrician says he’ll do something, he does it – competently and quickly. He gets the job done properly, the first time. That’s because only qualified, experienced and first-rate electricians are employed.

Hall Electrical is centrally based. From there it takes only a few minutes to reach any part of the city. This means Hall Electrical can be on-site quickly, any time they’re needed. What’s more, they will show up when they say they will.

There’s another aspect to Hall Electrical that makes it stand out from the competition: customer service. Hall Electrical believes in good old fashioned customer service – with a hint of humour thrown in – which is why there is always a real person to answer your phone call and deal with your enquiry, rather than an answerphone. It’s a small detail, but important and it is just one example of why customers using Hall Electrical do so again, and again.

When you deal with Hall Electrical, our mission is to make sure your experience is the best possible, our success is judged by you. 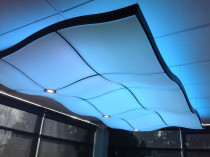 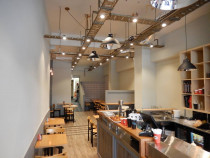 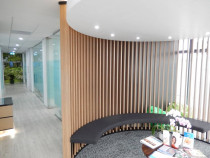 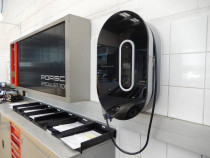